Meeting meltdowns and 5 tips to avoid them 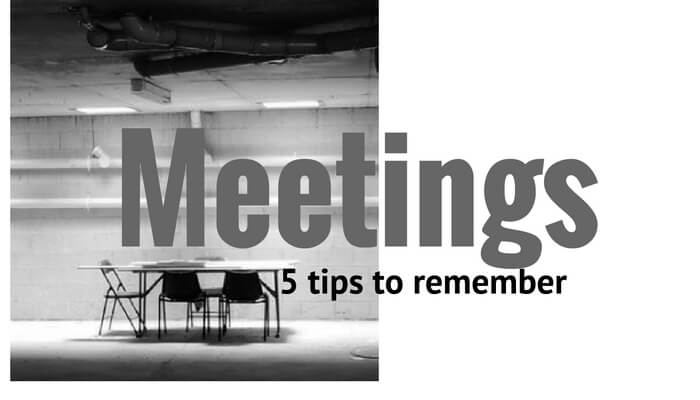 “Not all meetings are a waste of time, some of them get cancelled.” This is one of my dad’s favourites and definitely one that I can hear in the back of my head when I am in malfunctioning meeting. The numbers are not pretty:

“In the US alone we “enjoy” 11 million formal business meetings each day and we waste $37 Billion in unnecessary meetings every year.”

The cost of meetings in the US is ridiculous and I am sure that Australia is not that far behind. See for yourself, have a go at this little tool – it’s one of the things that I have been known to wonder in a meeting – how much is this costing in peoples time?

What else could these experts be doing if they were not in meetings?

At the beginning of the week, I was reading the chapter on meetings in this book by Colin D Ellis.

Was I guilty? Well probably, at least some of the time… He has a great little diagram (you can see it here) on types of meetings, illustrating how they can get lost.

Reflecting on my own week of upcoming meetings what could I do to improve?

So I have made a commitment to myself and the projects I am working on to bring to each meeting:

My intention for the week was simple, a bit more time in the preparation part of meetings and a bit greater intention and presence in the room when they were on.

So what were the results?

Refocusing my own attention meant that every meeting this week has finished on or before the intended time. I can’t say that I have reached the pinnacle / nirvana state of having a clear timed agenda for each meeting of the week, but it was still a pleasing result.

And on Thursday things went a little pear shaped (is it just Thursdays?) A daily catch up meeting that had been scheduled to review the final testing progress that the team were making just went off the rails.

Two of the key contributors who are collaborating on the set up of a system have very different working styles and neither of them backs away from saying what they really think, which is making for some tension behind the scenes which came to a head in this meeting.

Without going into the detail of the ins and outs one person just got stuck in frustration, unable to engage in any productive suggestions about how to move forward and was not able to do anything but express that frustration. Every time someone tried to re-direct the conversation into a problem solving mode or ask her what she thought was needed to make things happen, she just went into total emotional dump mode.

A number of different tactics were tried and made no difference. The best outcome in this situation? Finish the meeting up as quickly as possible and deal with the tension, one on one. Which happened. There were some one on ones and the following day the same meeting was much more on point and focused (although an element of residual tension remained).

This is just one example of how a meeting can meltdown, but how to best prevent it from happening in the first place?

Maybe start with making meeting etiquette clear and well known. Intel considered it so important that for years the CEO trained new recruits on effective meetings. We could all take

“Intel Corporation is an example of an organization that takes its meetings very seriously. Walk into any conference room at any Intel factory or office anywhere in the world and you will see a poster on the wall with a series of simple questions about the meetings that take place there: Do you know the purpose of this meeting? Do you have an agenda? Do you know your role? Every new employee, from the most junior production worker to the highest ranking executive, is required to take the company’s course on effective meetings. For years, the course was taught by CEO Andy Grove, who believed that good meetings were such an important part of Intel’s culture that it was worth his time to train all employees.”

A responsibility matrix is a great place to start. A responsibility assignment matrix (RAM), also known as RACI matrix /ˈreɪsiː/ or linear responsibility chart (LRC), describes the participation by various roles in completing tasks or deliverables for a project or business process. This approach should help you to evaluate if you have the right people in the room.

What can we take from this?

Tips to keep in mind for effective meetings:

Me? Well, I am taking a personal stand to create more effective meetings that finish on time or earlier. What about you? If you have some great tips for keeping your meetings productive, we would love to hear about it? Or if you just need to vent…I am happy to put my listening ears on. Send me a comment either on LinkedIn, Twitter or Facebook. 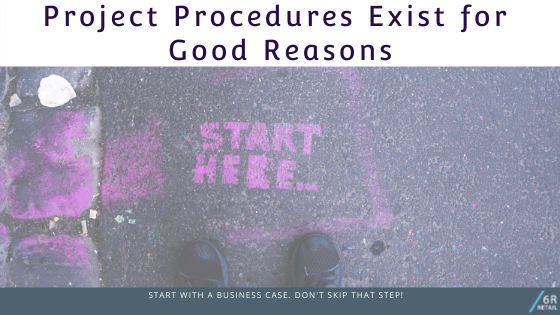 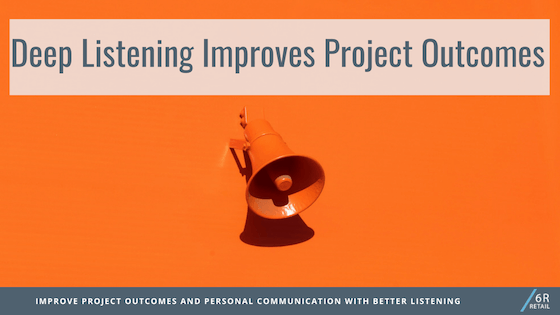